The Strain Ultradrop is the first major content patch for WildStar Online. It was released in July, 2014.

Born in the depths of a mysterious Eldan laboratory, the Strain is a virulent biological anomaly that has begun to spread across planet Nexus. With the power to change lifeforms into terrifying, mutated abominations, the Strain is an unimaginably dangerous threat.

All efforts to fight this nightmarish plague have met with failure. It is only a matter of time before it destroys all life on Nexus and beyond.

Who created the Strain, and for what purpose? Does it have anything to do with what happened to the Eldan? And can the universe be saved, or is already too late?

The following areas are featured in the Strain Ultradrop: 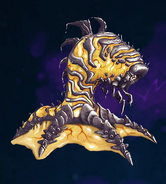 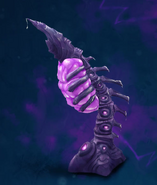 Your character not looking ghoulish enough? Upgrade your wardrobe with some rot couture by collecting each piece of this ravenous NEW Strain Costume. 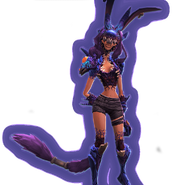 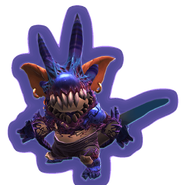 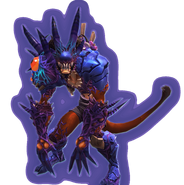 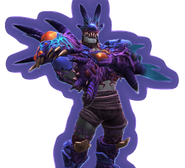 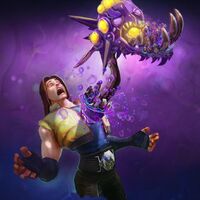 Get something off (and out of) your chest – literally!

Convey to everyone around you that you’re a complex individual both emotionally and biologically with this fully retractable, utterly excruciating Strain Emote. Freaking out the squares has never been more traumatizing!

Who says floating gracefully and leaking pestilence need to be mutually exclusive? Thanks to the latest breakthroughs in aerodynamic infestation, Hoverboards fueled by nothing and covered with withering cankers has gone from pipe dream to science fact!

Conquering the universe on foot’s for losers! Soup up your ride – literally! -- and boost your street dread with this turbo-toxic gore-nucopia of Strain-infected mount accessories! Never has there been more ways to irreversibly pollute your environment without even switching on the ignition!