Spellslingers are deadly and dangerous pistoleers, often found beyond the Fringe working as bounty hunters, bodyguards, and guns-for-hire.

Spellslingers fight with a unique style that's a lethal combination of magic, reflexes and instinct - making them some of the most feared combatants in the galaxy. By wielding specially designed mag pistols, Spellslingers manipulate arcane energy to create powerful magic sigils – greatly increasing their accuracy and infusing their projectiles with destructive power.

Along with their deadly weapons, Spellslingers also use acrobatic agility to quickly move around the battlefield - positioning themselves to inflict the most damage upon their enemies. These deadly abilities, coupled with steely-eyed resolve, make the Spellslinger a truly frightening foe in battle.

For centuries, the number of bullets Spellslingers could shoot per second was an infuriating bottleneck. Then, belatedly recalling that they were ambidextrous, they added a second pistol to their arsenal. The rest is exit wound history.

If there's another thing they hate, it's losing. For generations, Spellslingers fought duels by standing stationary at opposite ends of deserted streets, only to find themselves defeated by the agile. Humiliated by their own immobility, they delved into the arcane arts of somersaulting. Needless to say, their win percentages improved by leaps and bounds.

If there's one thing Spellslingers hate, it's a fair fight. That's why they supplement their deadeye marksmanship by juicing up their weapons and ammo with sorcerous sigils. Who says gunfighting and the occult don't mix? The Spellslingers' victims, and they aren't talking. 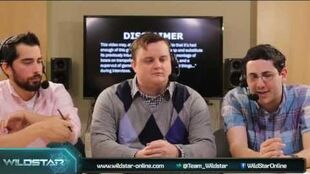 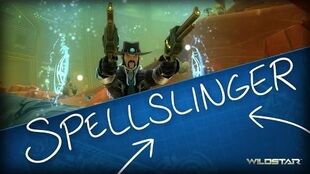 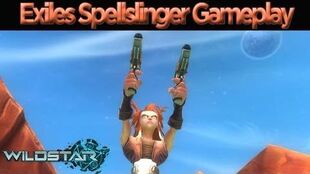