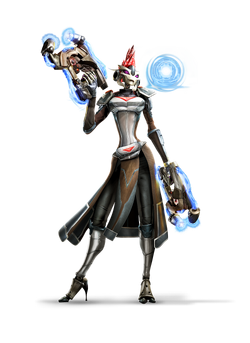 The Mechari are a race of sentient, mechanical beings created by the Eldan to serve and protect the Dominion. As the Eldan were the most advanced race in galactic history, the elegant complexity of the Mechari design makes them uniquely qualified to ensure the Dominion's continued success.

Long ago, the Eldan on planet Nexus found themselves in need of a servant race that could communicate with the other races of the galaxy, and watch for developments in culture and technology that might be of interest to them. With this in mind, the Eldan created a race of sentient mechanical beings known as the Mechari.

These Mechari were sent out to observe the various inhabited planets in the galaxy, studying their individual strengths and weaknesses, and reporting the information back to Nexus. The Mechari always kept the intentions of their masters ambiguously vague - and indeed, the Mechari themselves were not aware of the true scope of the Eldan's machinations. As the centuries passed, the legend of the Eldan grew, and wild conjecture became well-worn tales about their origins, their technology, and the location of their secret homeworld.

During this time, the Mechari were instrumental in helping the humans of planet Cassus establish the Dominion, and presided over the coronation of the first Luminai emperor. Through a series of brilliantly executed maneuvers, the Mechari helped the Dominion to quickly expand, assimilating races like the Draken of planet Mikros. They also established the Imperial Corps of Intelligence to protect the empire from spies and traitors, and took it upon themselves to oversee its operations.

The discovery of Nexus was a momentous occasion for the Mechari, and they hoped to finally be reunited with their creators. But the Eldan were no longer there, their fate one of the galaxy's darkest and most enduring mysteries. Despite this disappointment, the Mechari continue their eternal vigil over the empire, ensuring its continued dominance on planet Nexus.

Mechari "Soul-Core" are made out of Exanite, a rare and powerful substance composed of all six primal energies. The unique properties of this material along with Eldan engineering give the Mechari their unique traits such as sentience and advanced intelligence.

The colour of the crystal is determined by the impurities of the crystal; pure Exanite--a perfect balance of all elements--is pure white, while even the slightest imbalance will drastically ruin the quality and change the colour. Orange, for example, would be a crystal that has a dominant ratio of primal fire.

Contrary to popular belief, these imbalances do not affect the Mechari's personality, as the amounts are too minute to have any effect. [Source required]

The Exanite core can be as small as the slot on the back of their head, to more elaborate, grand designs. Where they get the crystals and why they spare such a large amount for aesthetics is unknown, though there may be practical reasons to it. [Source required]

The Mechari's metal coating is made of a fascinating, as yet unnamed substance; it has much the same durability and sheen as light but durable metals like titanium, but can deform and stretch to allow the Mechari facial expressions.

Mechari have extremely exaggerated body proportions, measurements deemed efficient and aesthetically pleasing (to other organics) by the Eldan. They have very long, elegant limbs, with the arms oftentimes bisected with a space in the middle, and joints little more than thin connecting pipes.

Males have extremely broad, muscular chests, and usually stand up straight. Females have thin hour-glass figures with large "breasts," their assets highlighted by their posture of leaning slightly back, pushing the chest upwards and outwards.

Some Mechari have robotic mandibles or other attachments on the sides of their face. They often twitch and help with facial expressions. Any practical purpose they serve is unknown.

Mechari have feet broken into four parts, the heel, the foot, and two 'toes' likely designed for maintaining balance, with the females having a rear spike that makes them look like they're wearing high-heels constantly. Armour models will wrap around their ankles but often leave the feet exposed; there are, however, some NPCs with their boots covering the entire foot.

Like any complex lifeform, Mechari require an energy source for continued function. Consuming food, breathing air, and sleep is essential to their functioning based on the way the Eldan designed them. [1]

However, unlike organic life forms, they are capable of taking more severe damage [More than one account in game of dismembered Mechari can be found] and survive provided that their Soul-Core is intact. This brings up speculation that Mechari having the requirements to breathe, sleep and consume food is for their mechanical bodies to function properly, but not necessary for their Soul-Core to function.

Despite the perfection of their design, they do require occasional repair and maintenance in order to ensure the highest level of performance. That being said, they do not age in the same frail manner as organics. There are a number of Mechari Millennials who have lived for more than two thousand years. 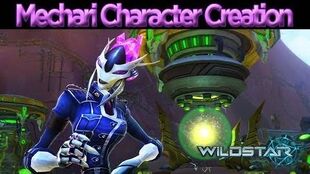 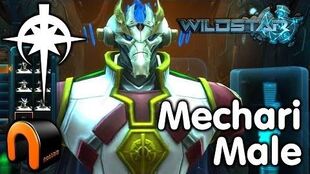 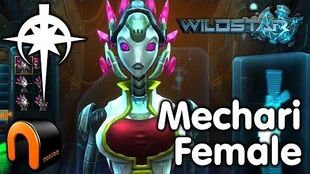