Small but scrappy, the Aurin are a race of forest dwellers whose homeworld was ravaged by the Dominion. They might be into hugging trees, but they're more than ready to bare tooth and claw to defend their new home on Nexus.

For thousands of years, the Aurin lived in isolation on the forest world of Arboria, but the chance arrival of the wandering human rebel fleet changed their lives forever. Appreciating their good-natured independence, the Aurin welcomed the humans into their forest homes, and friendship soon blossomed between the two races. Fearful of unleashing the wrath of the Dominion on the Aurin, the humans took on much needed supplies and then quickly moved on.

Despite careful precautions by the humans, the Dominion managed to trace the path of the fleet and eventually discovered the location of Arboria. As punishment for aiding the rebels, the Dominion declared unconditional sovereignty over the Aurin's forest kingdom and sent an army of devastating Planet Reapers to collect the empire's rightful due.

The Aurin fought back courageously, but the Planet Reapers were monstrous mechanical resource harvesters designed to withstand all but the heaviest firepower. Suffering heavy losses, the Aurin were forced to fall back, helplessly watching the destruction of their beautiful, verdant homeworld.

Desperate, the Aurins' newly crowned queen, Myala Everstar, sent out a distress signal to her human friends, who soon formulated a daring rescue plan. Aided by fearless Granok mercenaries, the humans faced off against the Dominion and landed rescue ships on Arboria – but it soon became clear not all the Aurin could be saved. Brokenhearted, Myala escaped from Arboria's surface but promised those left behind that one day she would return.

Despite the tragedy they had suffered, the Aurin were determined to survive. The day would come when they would return to Arboria, drive out the Dominion, and reclaim their beloved homeworld.

Aurin are extremely agile and lithe, their ears giving them a great awareness of their environment, their powerful tails being a great tool for swinging through trees and branches or other obstacles, and their eyes having spectacular vision. They also have claws for climbing up surfaces, and fangs for eating or biting hostiles.

Aurin are a matriarchal society, up to the physical differences between genders. Females are much taller than males, and only certain females are able to interact with Primal Energies and "the Weave" to form the spiritual connections necessary for their survival and development. These individuals are called Matriarchs.

Males have more varied fur colours than the females. They are the only ones with speckled patterns, two or more different tones, and faded tips. They have also been noted to be "scrappier" and more aggressive than the females.

The Aurin believe in and can interact with a force called "the Weave," the energy that connects all living beings. This allows them to make an empathic connection with their environment, allowing them to "talk" with organisms like the trees, feel the health of their habitat in their gut, and feed off of the life energy of the flora.

In turn, they take care of their habitat in a symbiotic relationship.

Aurin are omnivorous and subsist on a well-balanced diet of fruits, vegetables, and proteins. They maintain their lithe, fit physiques this way. Though it is technically possible for an Aurin to become overweight, their strict adherence to balances means that a fat Aurin is either an impossibility or a one-in-a-million occurrence.

An observant person would notice that Aurin, for however long, luxurious, and abundant their hair/fur is, they never seem to grow it on their faces. This is not because Aurin are physically incapable of growing facial hair, but actually a cultural preference, as moustaches, beards, and goatees do not fly as well in Arborian culture.

Bizarrely, Aurin do not involuntarily grow facial hair like a human would, both sexes can sprout beards, and they can do so at will, and with surprising rapidity.

Aurin are a friendly race that pride themselves on harmony, balance, and positivity. As a result, most every Aurin is polite, chipper, and highly tolerant of the other races. This can get grating on their allies at times, but even the gloomy Mordesh yield to their eternal sunshine.

Despite this, Aurin are ferocious fighters who will not hesitate to gut anyone who disrupts the balance, harms their environment (especially trees), or is generally a very bad person. ("Being really mean" is a criminal offense under Aurin law.)

Care of Nature and the Trees

Aurin revere trees, being able to "talk" to them through the Weave. They are oftentimes considered family and friends.

As such, they take great care of them, acting as their guardians and nurturers. You do not cut down trees relentlessly or harm an Aurin's habitat, unless you want them to murder you.

All Aurin have metallic rings on their tails, a long style for females, a shorter style for males. Traditionally, these rings denoted which tribe the Aurin belonged to, but these days, every Aurin has the same style thanks to their being under one banner, the Exiles.

Aurin are polyamorous. Having multiple romantic partners is not an uncommon thing in Aurin society. Monogamy is also accepted; it's really just personal preference with them.

Matriarchs are the leaders of their communities, powerful females who form symbiotic connections with the forests around them.

Succession is decided by skill, not heredity; if a matriarch's child is not qualified for the position, the community has no obligation to instate them anyway.

There are three tests to proving the capability of being a matriarch. The first involves finding a community's matriarch totem using a trusted assistant, the second is summoning a beast for their consorts to prove their ability to protect her, and the third is channeling primal life into the roots of the largest, oldest tree in the community.

Consorts are a matriarch's trusted assistants. They may be romantic partners or not, and it is not unusual for children to result from these unions.

Aurin Hunters provide valuable meat, bones, and leathers to their villages, alongside maintaining the balance of the local animal populations. They do not take their job lightly: they emphasize the proper killing of prey - quickly and efficiently. They do not condone the death of harmless prey such as jabbits, and will lambast anyone who does so.

They are fond of sharing stories about their hunts or the hunts of others. 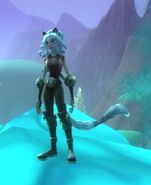 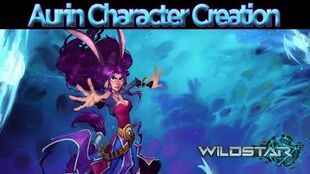 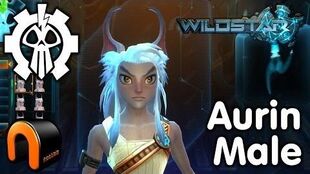 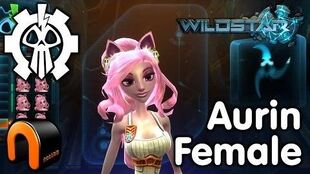